Attorney Murphy of The Law Office of Keith R. Murphy is a highly skilled Carmel DUI lawyer with years of experience handling DUI, DWI, and DWAI cases for the residents of Putnam County and beyond. In his time as an attorney, there have been several questions that are asked frequently by all of his clients. He has therefore provided the following as a reference tool for those facing possible DWI charges.

Contact The Law Office of Keith R. Murphy today if you are looking for diligent, straightforward representation.

What is the difference between DUI, DWI, and DWAI? 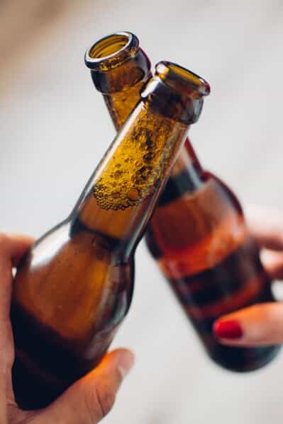 DUI and DWI may be used interchangeably. While DWI (driving while intoxicated) is the official legal term used in the state of New York, DUI refers to the same charge. This is the charge that most people are familiar with: if you are found to be driving while having a blood-alcohol content (BAC) exceeding .08% for those aged 21+ and .02% for those underage, you could be facing DWI charges.

A DWAI (driving while ability impaired) charge is slightly more open to interpretation. You could be charged with a DWAI/Alcohol, DWAI/Drugs, or DWAI/Combination. A DWAI/Alcohol charge, though still very serious, is considered a traffic violation, as opposed to a criminal charge as a standard DWI would be. These charges may be brought against someone below the legal BAC limit for a DWI but the officer feels is nonetheless dangerously impaired. A DWAI/Drugs charge, however, is a criminal charge brought against a driver operating a vehicle under the influence of drugs.

Can I refuse to take any type of sobriety test?

New York, as well as many other states, has an implied consent law. This means that your choice to drive within state lines is an agreement to take a chemical test of blood, breath, or urine to determine your BAC if it is requested by law enforcement that you do so. However, the officer may not physically compel you to do so. If you refuse, you could be facing penalties such as a mandatory license suspension of one year and a fine of $500 or more. Commercial drivers face even harsher penalties.

What do I do after my arrest for DWI?

There are several best practices during and immediately after an arrest for DWI:

Call The Law Office of Keith R. Murphy today at (845) 584-7033 to schedule your free consultation. If you have any further questions, he is available 24/7 to his clients.